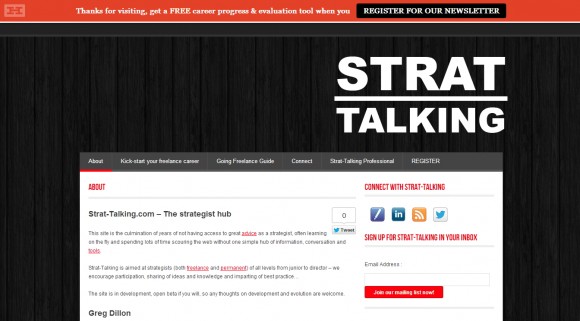 Strat-Talking is a site that aimed the founder, Greg Dillon, to help professionals learn, exchange different ideas, share and gain knowledge, and basically let the readers leave the site with more wisdom and understanding about strategies in the business world. It is open for both freelancers and permanent workers. The site is also defined as somewhat a common hub for strategists.

The blog freelance strategists also offers different kinds of services like coaching services for anyone who would like to reach their goal in the freelance and professional world.