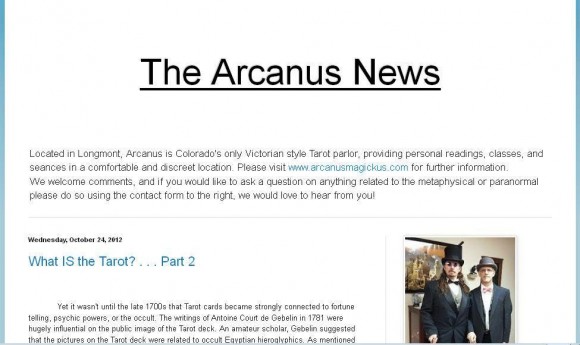 Hearing the word tarot often brings to mind that deck of cards featuring unique characters used to foretell the future of people. The tarot dates back to the mid-15th century in many parts of Europe and was originally used to play card games. Eventually, its use expanded to providing insights into the past, present and future courtesy of the mystics and fortune tellers.

In Longmont, Colorado, there’s this Victorian style Tarot parlor called Arcanus that offers personal readings and classes. Operated by Dennis Perez and David MacKenzie, it also has a blog called The Arcanus News that provides useful information on metaphysical and paranormal topics including details you’d like to know about the Tarot cards and the different types available.