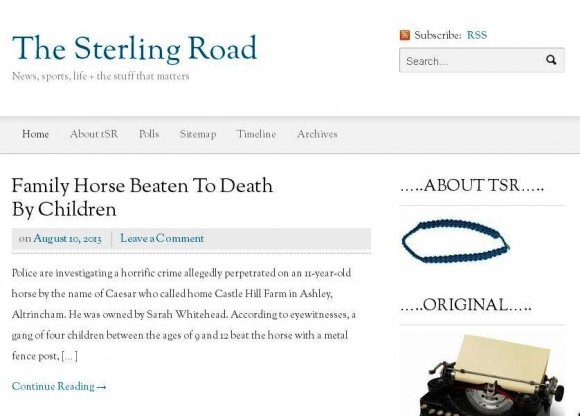 The Sterling Road blog shares the personal opinions of the owner on current events such as relating to politics, sports, entertainment and life in general. Visitors can read through various sections – essays, news, sports and weird.

They can also browse through the author’s Afghanistan photos of the author and get to know his Siberian pet dog Shannon and cat Cammo in the Our Pets section.