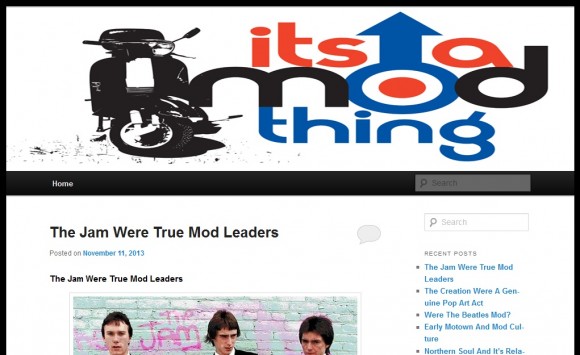 The Beatles. British bands. Tailored suits. Motor scooters. All these symbolize the Mod. Mod refers to the youth subculture in the 1960s that made a comeback in the later years such as in the 1970s and then again in the 1980s. The word Mod came from modernists which refered to a group of stylish young men in London during the 1950s.

Fans of the Mod subculture can enjoy some great articles on the blog called It’s a Mod Thing. The site is all about mod culture, mod fashion, mod music. Those interested to learn about this culture can gain a lot of insights here.

The blog’s author writes his views on the role of music (British and American) in mod culture and how it has evolved through the years. Clothing is also a focus of the blog posts.