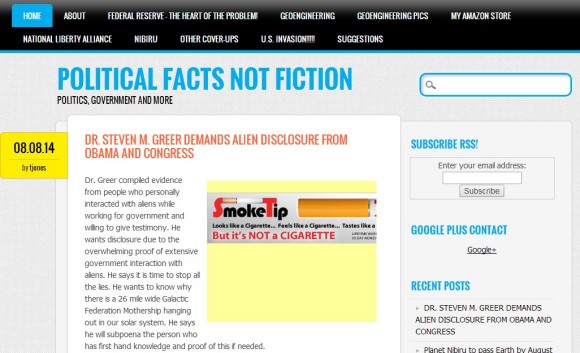 The U.S. today is facing various political issues affecting its citizens young and old as well as its allies. But not all is aware of the extent of its effect in the American society.

For this reason, a concerned American citizen has created a blog called Political Facts Not Fiction that aims to wake people up to what is happening to the U.S. these days and what the Obama government is doing for the country. The site, according to the author, is unbiased and only wants to present the reality in America covering politics, government and more. Other topics covered on the site are the National Liberty Alliance, U.S. invasion, geoengineering, Nibiru and the Federal Reserve.

The female author of this blog points out her goal is to help all parties and make them aware that blaming each other is not the right thing to do at this time but unity is the key to defeating evil.