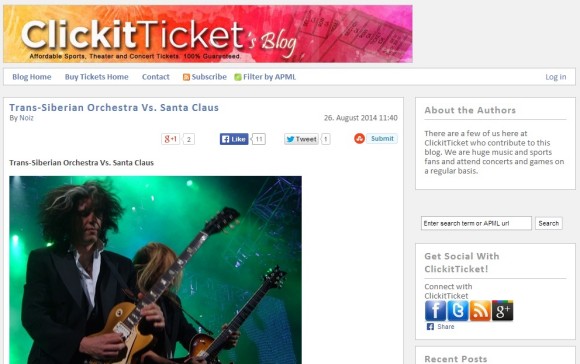 People need time to be entertained every now and then. Watching entertainment shows notably those with comic relief as well as sports games is just one way of enjoying a stress-free time whether alone or with some company. Seeing them live in action is much more exciting.

ClickitTicket.com is a blog that aims to share information on various entertainment and sports events that require tickets. The team behind the blog are avid music and sports fans who attend concerts and games on a regular basis. Professional writers also contribute to the blog. The site is owned and managed by ClickitTicket, a provider of affordable tickets for sports, theater and concert events. The blog posts, however, are not necessarily reflective of ClickitTicket’s opinion.