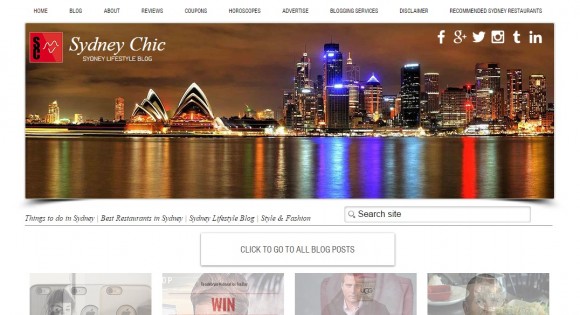 Sydney is one of Australia’s top tourist destinations and as such, it offers so many great things that locals and visitors can enjoy. From attractions and restaurants to cafes, fashion and events, you can be sure to experience them in Sydney.

Get to know more about this Australian city through Sydney Chic, a Sydney Lifestyle blog that provides valuable information such as on things to do in Sydney, events, style and fashion, venues, health and wellbeing, celebrities, cafes and the best restaurants. The site also offers theatre and film reviews as well as interviews with Australian musicians. Social media marketer, radio host and speaker Deb Carr is behind Sydney Chic which she founded in 2013. Her passion for networking inspired her to create the Sydney Chic site as a way to share useful information to both locals and tourists in Sydney.