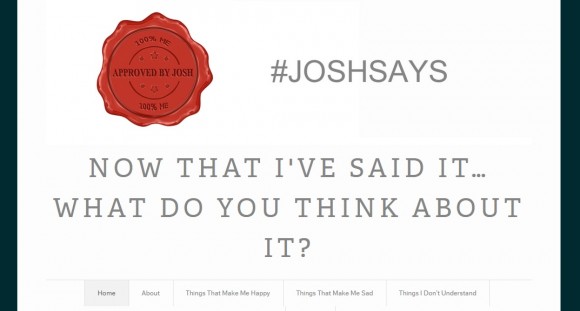 Thanks to the internet, people are free to share their thoughts and views online and not only in their own circle of friends but with the rest of the world. They can do it by creating their own personal blog.

Josh Estrin is one individual who loves to write online to “say what I mean and mean what I say.” His personal blog shares anything about what he sees in the world and what he feels about them. Whether things that make him happy, sad, things he do not understand and things that he thinks are cool, you will read it on his blog. The site also features contests every now and then.