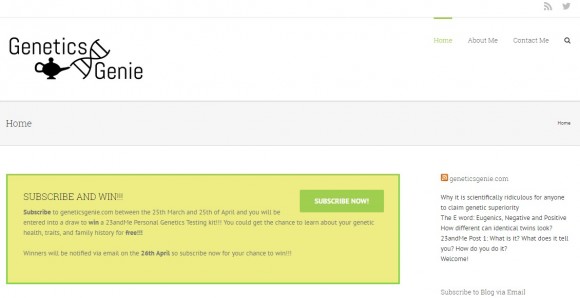 Not everyone understands genetics but for those who know, these are important components that make humans and other living organisms. The internet is one great source of information on everything about genetics that people interested in the subject can count on.

The GeneticsGenie is one blog worth visiting. Authored by a trainee diagnostic genetic scientist based in Central London, the site offers valuable information on genetic-related topics including genealogy tests, diagnostic grade Whole Genome Sequencing, history of genetics and misused genetics.