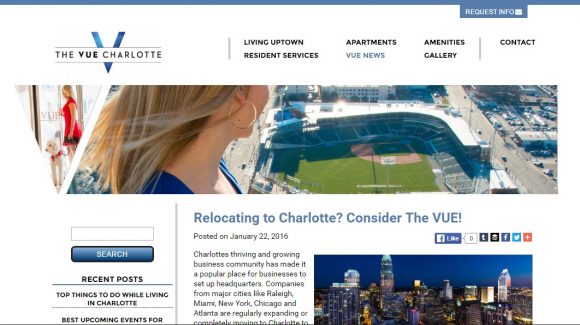 Charlotte is the biggest city in North Carolina and the third fastest growing city in the U.S. Also known as the Queen City, it has so much to offer people wanting to reside here from houses and apartments to amenities including restaurants, shopping and entertainment centers.

Vue Charlotte provides useful information on living in Charlotte including the best upcoming spring events, places to eat and tips for relocating in the city, among many others. Visitors to the site can check out the gallery and resident services. The Vue is all about uptown Charlotte living.