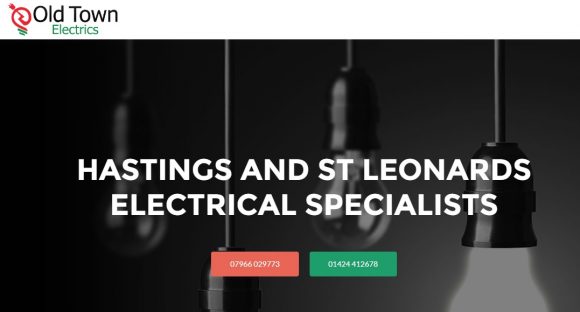 One of the most important components of a home is its electrical system. It keeps the residence well lighted at night, cool during the hot summer months and warm during the winter season. But a home’s electrical system needs to be well maintained so it can function fully for the long term and this is where the electricians play a significant role.

In the U.K., the Old Town Electrics offers electrical services of all kinds in the areas of Hastings, St Leonards On Sea, Bexhill, Fairlight, Westfield, Battle, Crowhurst, Ore, Guestling and Catsfield. It has a team of professional electricians who know what they are doing and adhere to the 17th edition of the wiring regulations. The company also a public liability insurance for its electricians in Hastings.