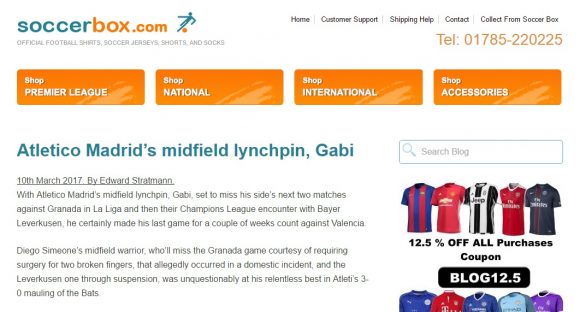 Soccer remains to be one of the most popular sports being played around the world today. And it continues to produce celebrity players who never cease to gain a following owing to their athletic prowess and their looks.

Soccer fans can get updated with the latest from their favorite teams and players through the Soccer Box Football Blog. The site is owned and managed by Soccerbox.com which provides official football shirts, soccer jerseys, shorts and socks. Interested buyers can shop right on the site using the four major categories available – Premier League, National, International and Accessories. Discounts are also given to those who join the site’s free member discount club.