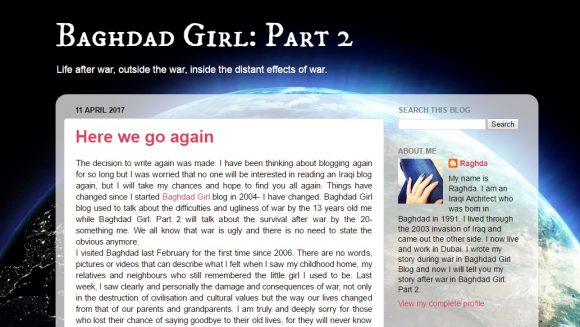 It’s a fact that the war in Iraq has claimed the lives of numerous people and has badly affected the lives of survivors. Iraqi architect Raghda is one of those who experienced the invasion of Baghdad in 2003 but who has taken the courage to share her story through her blog called Baghdad Girl. The first part of her blog shared her story during the war and her recent Baghdad Girl: Part 2 now shares her journey in life after the war in Baghdad. The author now lives and works in Dubai but has visited her hometown after the invasion. Her latest blog is meant to serve as a voice for her generation whose future she says is unknown.